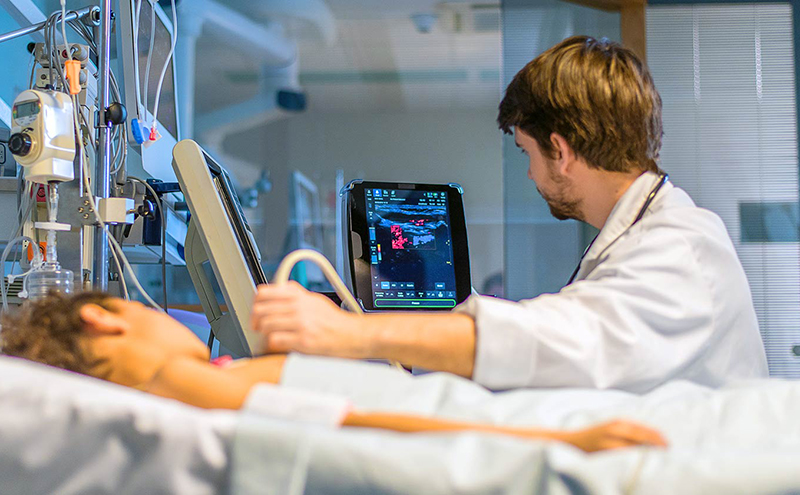 Role of Ultrasound in Emergency Room

The safest and tested imaging technology is ultrasound that makes use of sound waves for creating images known as sonograms. Emergency room ultrasound is mainly used for observing the fetal development during pregnancy women, but can be used for detecting various other problems in kidneys, liver, or other abdominal areas.

Emergency ultrasound combines 3 distinct parts: getting relevant images, interpreting images obtained & applying the information for care of the patient. When you combine these three important parts that were done by a technician, radiologist and EM doctor respectively, EM physician will speed up the care & disposition of the patients in Emergency Department.  Basically, having the good working knowledge & technical skills to get images will improve in the patients care.

How Does Ultrasound Capture Image?

Ultrasound generally travels through the blood in your heart chamber, like, when it hits the heart valve, it echoes and bounces back. When it travels through your gallbladder and if there’re not any gallstones, and if there’re stones, it bounces back. This bouncing back and echo, gives an ultrasound image the features. Different shades of gray will reflect various densities. 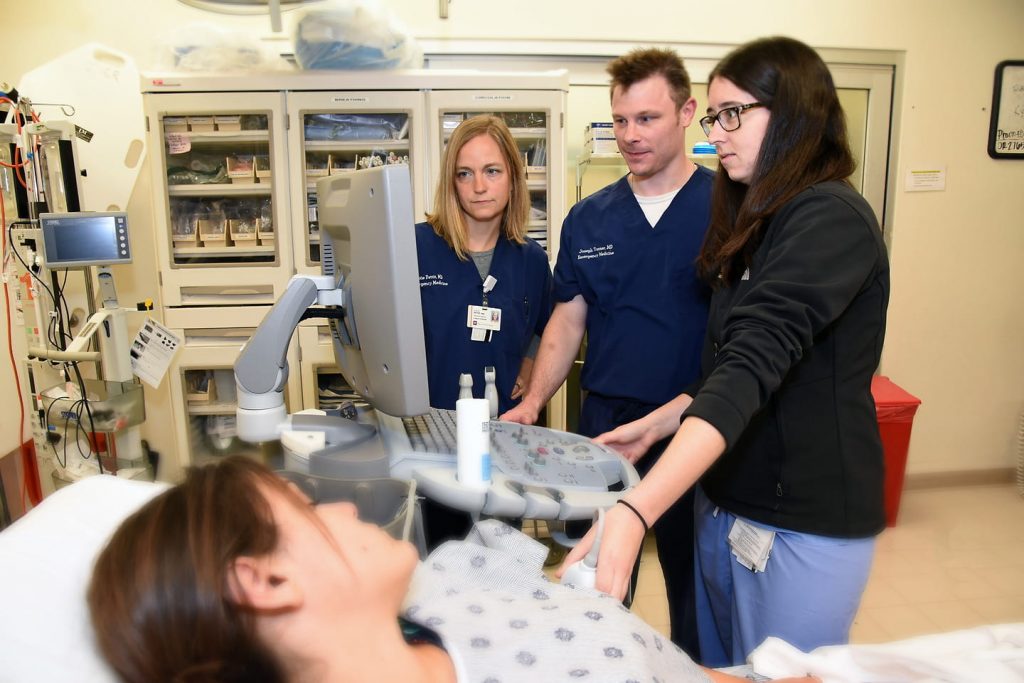 Uses of the Ultrasound Scans

Benefits of Ultrasound Scan Over CT and MRI

Ultrasound is an amazing device to distinguish between the fluid and the solid structures in your body – it is an important but often tough task for the radiologists. Ultrasound costs less than CT and MRI scan, and does not need use of the radiation and contrast agents.